Between 12 and 20 August, more than 100 volunteers gathered in Tulcea, Romania, for the first Scent pilot campaign on the Danube Delta. This was the first of a series of pilot campaigns the Scent project is organising in Romania and Greece to test new applications developed by the project to enable citizens to monitor changes in their environment.

Organised by Scent partner the Romanian Ornithology Society (SOR), the purpose of the first pilot campaign was to test the newly developed Scent Explore app. By downloading the Scent Explore app to their smartphones, volunteers could use the augmented reality function of the app to ‘capture’ Scent creates hidden in the delta. The photos taken by the volunteers provide Scent scientists with valuable information about land use and land cover at areas of interest on the Danube Delta, and help to improve flood maps by as much as 15%. By the end of the campaign, volunteers captured more than 4,725 images! 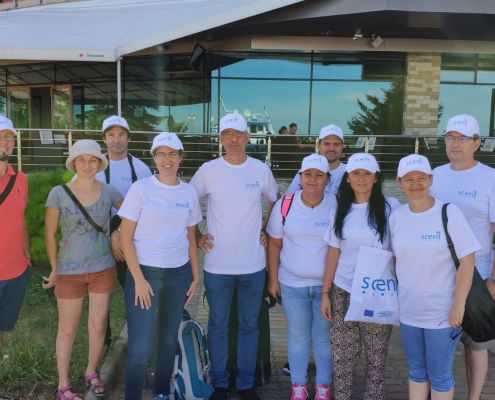 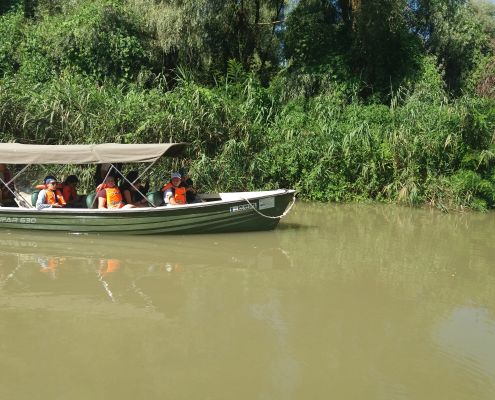 “The first Danube Delta pilot campaign has passed and it was amazing. Every year Scent partner SOR organises an expedition in the Danube Delta and this year the expedition included testing the Scent Explore app. On 12 August, around 100 participants arrived from all over the country at the campsite, near Lake Fortuna (Some travelled about 14 hours!). There they received camp instructions, a quick introduction to the Scent project and settled down for the beautiful days to come.

As the first campaign was focused on land cover, every day a group of 10-20 participants was taught how to play the game, by capturing virtual animals and tagging the land cover of the picture taken in the process. The participants navigated the Danube Delta for about five hours, exploring its small and big canals, forested and reed areas, hidden lakes, and, of course, spotting some birds! Although sandwiches were provided for the trip participants were also received in the camp with a delicious soup.

The next step was to charge the phones and upload the many pictures taken (in total, close to 4,000!), to then join many of the other activities in the camp, such as painting, learning about reptiles, etc. The nights were always animated with music and singing by a campfire.

On 19 August, everybody left camp tired, but resistant to leave such a beautiful place!”